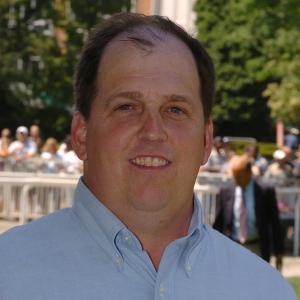 Born and raised near Finger Lakes Racetrack, David grew up across the street from a Thoroughbred farm where his family boarded horses. He worked at Finger Lakes as a teenager on weekends and during the summers. He was introduced to racing by his father who had owned racehorses since 1968.

Donk worked for the late Hall of Fame trainer Woody Stephens in Florida during the winter of 1984-85 and continued his apprenticeship with Stephens until 1990. He helped train Forty Niner at the Aiken Training Track.  Forty Niner was the 1987 Eclipse Award Champion 2-Year-Old Male and elected to the Aiken Thoroughbred Racing Hall of Fame on March 18, 1988.

David started his own stable in late 1990. Henryk de Kwiatkowski was one of his first clients and together they won three stakes during the first year of their partnership. Since then, David has won many New York and Grade 1 stakes races and is considered one of New York’s top trainers.