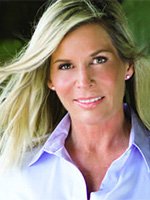 A native of Wisconsin, Linda Rice is a third generation horse trainer who grew up in the business. She attended Penn State University while still being actively involved in the breaking, training and development of young horses. Through the end of 2016, Linda has won over 15o0 races with purse earnings exceeding $58,000,000 securing her position as one of New York’s leading trainers.

Linda was the first woman to win a training title on the New York circuit at Saratoga in 2009. She has since won multiple training titles both at Aqueduct, and Belmont. Linda’s accomplishments include sweeping the graded stakes races for two-year-old males at the prestigious Saratoga meet with City Zip. The New York Turf Writers presented Linda with the Fourstardave Award for her outstanding record with City Zip, who marked his fourth consecutive stakes victory when completing the sweep in the Grade I Hopeful at Saratoga.

From 2009-2015 Linda was honored by the NY Breeders Association five times as Trainer of the Year for her outstanding performance in victories and purse earnings. She has built her racing team into one of the strongest in the country by purchasing and developing weanlings, yearlings and two-year-olds into racing prospects. Her best known trainee is La Verdad, who she managed throughout her career, culminating in an Eclipse Award as 2015’s Champion Female Sprinter. Linda has also ventured into the claiming game with much success. In 2012, she claimed Palace as a three-year-old for $20,000. The sprinter remained with Linda through the completion of his six-year-old season, retiring with a pair of Grade 1 victories and over $1.5 million in earnings.

Off the track, Linda has been an active member of the NYTHA Board since 2002. Her main objectives on the Board are to address issues of increased purse monies from VLTs in conjunction with securing live race dates for New York horsemen, protecting the integrity of racing with uniform medication rules, minimizing the workmen’s compensation issues that have plagued racing, and marketing horse racing aggressively as a national sport. In addition, her position as chairperson of the Scholarship Committee has allowed her to help backstretch employees who seek to further their education and promote self-improvement. Linda’s goal is to represent all horsemen in her efforts to improve the future of New York racing.