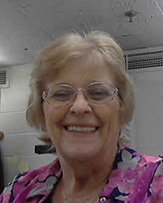 Lee joined the New York Racing Association (NYRA) in 1975 working first as a floating executive assistant in the offices of the Chairman, President, the Stewards, Human Resources and the Horsemen’s Bookkeeper, and then for NYRA Steward Jerry Burke. During that time, she trained as a Placing and Patrol Judge and became the first female racing official in the State of New York. Lee retired from NYRA in 1994 and soon realized that she missed the track.  She returned to New York racing at the request of the former NYTHA Executive Director, Robert Flynn.  She has worked for the NYTHA organization since then.
Lee has been married for 46 years to her husband John, also a veteran NYRA employee. They have three grown children, Donna, John, Lori and are the proud grandparents of five grandchildren.