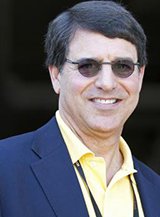 Alan M. Foreman is considered one of the leading racing law attorneys in the United States.

In addition to his law practice, Mr. Foreman is Chairman and Chief Executive Officer of Thoroughbred Horsemen’s Associations, Inc., based in Columbia Maryland, which represents more than 20,000 owners and trainers throughout the United States.  He is a founding director of the National Thoroughbred Racing Association and currently serves on its Board of Directors and Audit and Compensation Committee.  He is counsel to many horsemen’s and racing industry organizations.  He has served as National General Counsel to the Horsemen’s Benevolent & Protective Association.  He is also general counsel to the National Steeplechase Association and the Drugs and Medications Program of the United States Equestrian Federation.  He is a member of the Board of Directors of Maryland Million Ltd. and is Vice-Chairman of the National Drug Testing and Research Consortium.  His law practice involves all areas of equine and horse racing law representing horse owners, breeders, farms, jockeys, stables, trainers and horsemen’s organizations.  He is widely credited with creating the Maryland Jockey Injury Compensation Fund, Inc. in 1984, the nation’s first workers compensation program for jockeys.

Mr. Foreman graduated with honors from American University in 1972 and received his Juris Doctor degree from the University of Baltimore School of Law in 1975. In 1979, he was appointed an Assistant Attorney General of the State of Maryland and served as counsel to the Maryland Racing Commission as well as other State Boards and Commissions.  He established the Law Offices of Alan M. Foreman in Columbia, Maryland in 1991.

Mr. Foreman has authored numerous articles and has lectured at the University of Kentucky’s National Equine Law Seminar, Albany Law School Racing Law Institute, American Horse Council Tax Workshop, Harness Racing Congress, the University of Arizona Symposium on Racing, the International Congress of Horse Racing Authorities and the University of Arizona Race Track Industry Program, where he is a Joe Hirsh Fellow.  He has been recognized by the Thoroughbred Times as one of American racing’s most influential figures.
Mr. Foreman and his wife, Randi, have three sons and live in Pikesville, Maryland.