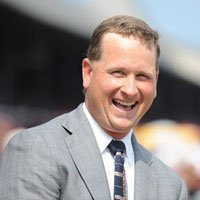 George Weaver was born and raised in Louisville , Kentucky, and as a child his father took him to Churchill Downs. George knew from a very early age he wanted to be a thoroughbred trainer. In high school George started walking hots for John Hennig working summers with the intent of learning the business.

In 1991 George was offered the job as foreman for D. Wayne Lukas. He worked for Lukas for six years, moving up to the position of assistant trainer. During that time, George helped to develop stakes horses such as: Cape Town, Grand Slam,Serena’s Song, Grindstone, Thunder Gulch, Timber Country, Tabasco Cat, Salt Lake and Corporate Report.

In 2002 George started his own public racing stable with his wife Cindy Hutter.