IN A NEW YORK STATE OF MIND: NEW YORK RACING IS BACK IN ACTION, AND SO IS THE EMPIRE RACING CLUB

ELMONT, NY…New York will celebrate the return of Thoroughbred racing on Wednesday, and the Empire Racing Club members can’t wait. The Empire Racing Club (ERC) will start its second season on Opening Day at Belmont Park, and adds a new runner to its stable – a precocious 2-year-old filly named COMMUNITY ADJUSTED. The dark bay filly will race for the partnership of Rob Masiello and ERC, and will be trained by one of the nation’s leading horsemen and New York fixtures, Hall of Fame nominee Christophe Clement.

Currently in training at Belmont Park, Community Adjusted is a daughter of multiple graded-stakes winner and Grade I-placed Summer Front, who was also trained by Clement. Out of Rimini Road (Dynaformer), she was purchased by Masiello for $100,000 at the 2019 Keeneland September Yearling Sale. The juvenile is a half-sister to stakes winner Path of David and Atigun, an earner of $509,953 who was third in the 2012 renewal of the GI Belmont Stakes and the Breeders’ Cup Marathon.

“Community Adjusted is a lovely filly with a nice neck and shoulder, and looks like she will be able to get a route of ground,” said Masiello. She is by the up-and-coming sire Summer Front, who is responsible for GII Fasig-Tipton Fountain of Youth S. winner Ete Indien at Gulfstream Park in February. Highly regarded during her time at the farm this winter, she has been training very well since joining Christophe Clement’s Belmont Park string last month and I am looking forward to running this filly with the Empire Racing Club in New York this summer!”

The ERC is a non-profit organization designed to introduce fans to racehorse ownership. Launched by the New York Thoroughbred Horsemen’s Association (NYTHA) in 2019, the ERC will again be managed by famed race-caller Tom Durkin. Also training the current team of runners: 2020 Hall of Fame inductee Mark Casse and multiple NYRA meeting-leading trainer Linda Rice. The second season of the ERC will be limited to 200 members. The cost to join is $500 for the term, with no further outlay by the participants, providing members with the racing and horse ownership experience without the pitfalls and costs often associated with the business.

For more information, go to https://empireracingclub.wildapricot.org/.

Racing has been given the green light to resume, without spectators, in New York. While ERC members will not have the opportunity to visit the track in the near future, they will be kept up-to-date via bimonthly team email bulletins, regular Zoom Block Parties and educational teleconferences. Additionally, the ERC will continue to host remote events that will highlight the major race days, including handicapping seminars that will feature some of the nation’s leading Thoroughbred experts, and Club contests, allowing ERC members to test their own handicapping skills.

“You’d think I’d know a bit about racing after working in the game for 43 years,” said Durkin. “Well, being part of ERC last year I learned a bunch of stuff I never knew. Better yet….I met a bunch of terrific like-minded folks. On to year two!!!!”

In addition to the team’s newest addition, COMMUNITY ADJUSTED, the 2020 team roster also includes sophomores PROVEN STRATEGIES (Sky Mesa) and NOW AND AGAIN (Awesome Again). Proven Strategies was in front midstretch in the 2019 GI Breeders’ Cup Juvenile Turf at Santa Anita before finishing sixth-beaten only two lengths. So far in 2020, he has hit the board in all four starts at Gulfstream Park, including a pair of wins during the Championship meet and a recent second behind the Clement-trained Gufo in the May 2 English Channel Stakes. He is scheduled to make his next start in the GIII Pennine Ridge S. on the Belmont Stakes undercard June 20.

Now and Again, placed at two, won his latest start against New York-breds at Aqueduct in February. He is expected to return to action this summer at Saratoga.

It promises to be another fun-filled and exciting season for Team ERC. Club Member Shane Lockwood enthused, “Even though the pandemic has altered our lives, the ERC has provided a welcome relief. While we cannot be trackside, the ERC and NYTHA have continued to make us feel like welcomed members of the race horse community. There have been virtual meetings on topics such as veterinary care, breeding, and training updates, along with handicapping contests and social gatherings that have included some of the biggest names in racing. We had the opportunity to learn about the workers on the backstretch and about Thoroughbred aftercare. We heard about the great work done by BEST, the New York Race Track Chaplaincy and TAKE THE LEAD. While I miss the on-track experience, this year has in some ways been more rewarding than last year.”

Click here to purchase ERC Merchandise (a portion of proceeds goes to TAKE THE LEAD!)
https://thoroughbred-threads.com/collections/empire-racing-club?page=1 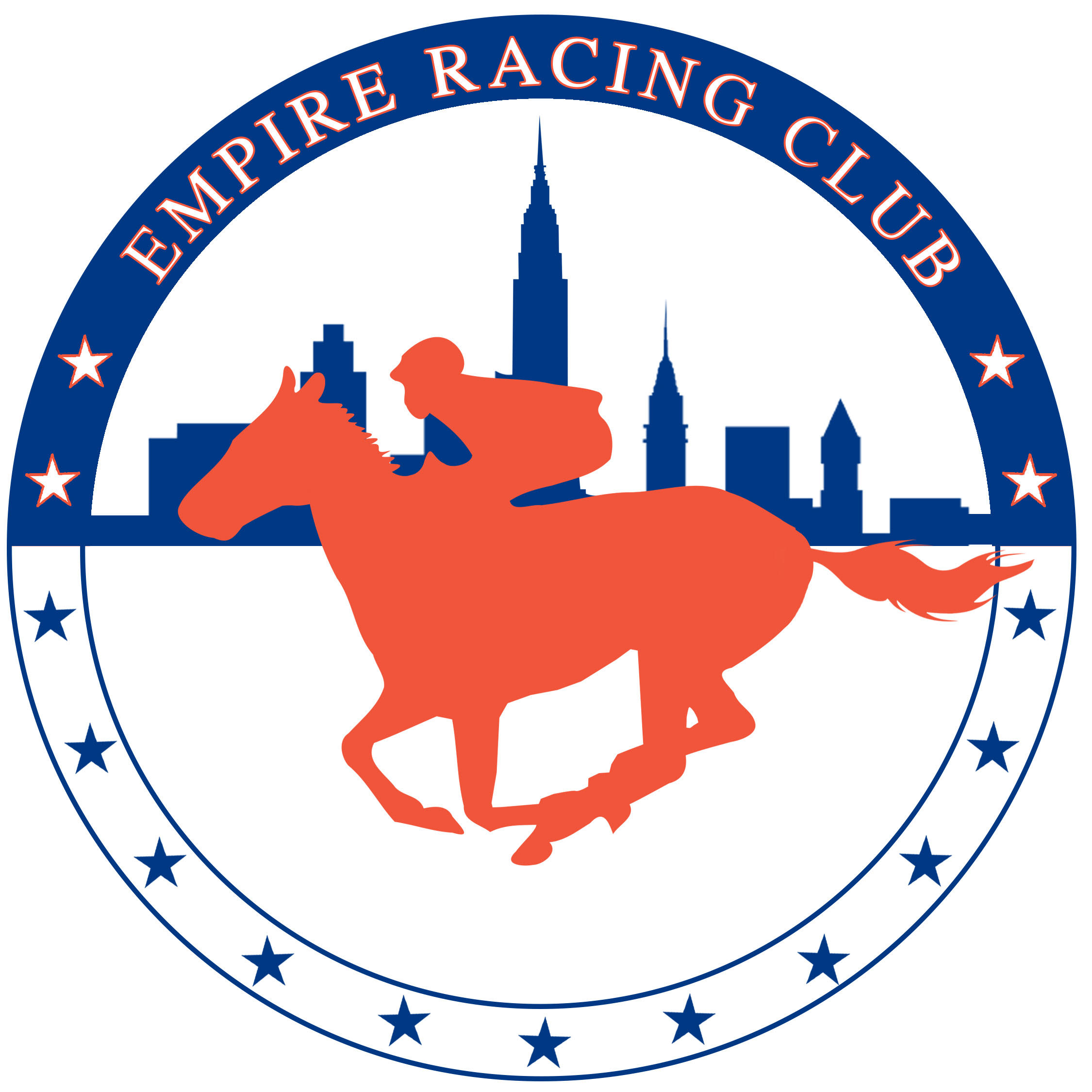